END_OF_DOCUMENT_TOKEN_TO_BE_REPLACED

WU-20 to Bermuda for Qualifier tournament 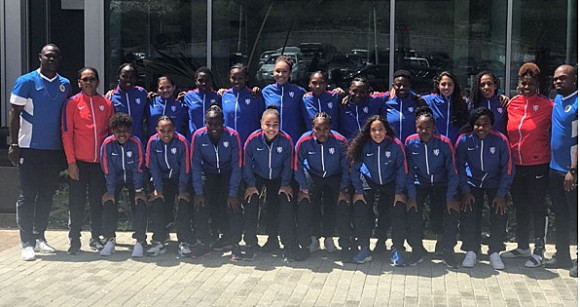 The Curacao selection U-20 has travelled to Bermuda to participate in the CONCACAF WU-20 WC Qualifiers. The Qualifier Tournament will be played from 19 till 24 of July and 12 teams participate in the tournament.
Curacao is placed in Group B together with Bermuda and Jamaica. Saint Lucia was originally placed in Group B but regrettably retracted her participation regrettably and Curacao will only have to play two matches. The first match will be played on July 10 against Bermuda and the second match on July 21 against Jamaica. All matches will be played in the National Sports Center in Bermuda.