END_OF_DOCUMENT_TOKEN_TO_BE_REPLACED

First match in Thailand against India 3-1

Vietnam beat Thailand to the final 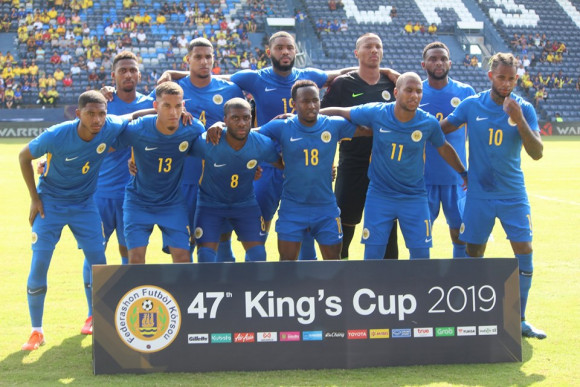 The Curacao national selectionis in Thailand to participate in the King’s Cup.
Matches for the King’s Cup will be played from 5 till 8 of June in the Chang Arena Stadium in the city of Buriram.

The national selection will return to Amsterdam to further prepare for the Gold Cup 2019. Curacao will play its first for the Gold Cup on June 17 against El Salvador in Jamaica. For the second match the team will travel to Houston for the match against Honduras on June 21. The third match in the first round takes the team to Los Angeles to face Jamaica on June 25.